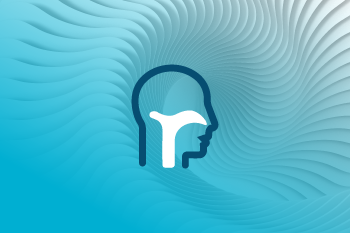 If you have problems breathing through your nose, you are not alone. Difficulty breathing through the nose is a common problem that can affect your quality of life. Nasal obstruction may cause disruption of sleep, nasal drainage and decreased exercise tolerance.

The first step in treatment of nasal obstruction is to define the cause of nasal blockage. Common causes include:

In many instances, more than one factor plays a role in nasal obstruction.

Obstruction due to structural issues is very common. Septal deviation and enlargement of the inferior turbinates are the two most common causes. The nasal septum is a wall composed of bone and cartilage that divides the nasal cavity into 2 separate passages. Septal deviation can occur from normal growth and development or from trauma to the nose. Deviation of the nasal septum is very common. 80% of people have some deviation of the nasal septum. Of people with deviated septum, only a small percentage have significant symptoms.

An enlarged adenoid pad can cause nasal obstruction. The adenoid is lymphoid tissue like a tonsil in the nasopharynx (the upper part of the throat behind the nasal cavity). Adenoid enlargement is common in children but as a person ages, the adenoid tissue tends to shrink.

Some adults can present with nasal obstruction due to enlarged adenoids.

Nasal polyps are benign growth in the nasal cavity and sinuses that occur due to chronic inflammation of the sinonasal mucosal lining. Polyps frequently occur in patients with uncontrolled allergies. There are other inflammatory processes that can lead to the development of polyps. Nasal polyps are usually associated with paranasal sinus polyps.

Nasal tumors are rare but may cause nasal obstruction as the first symptom that a person experiences.

If your nasal obstruction fails to respond treatment with topical anti-inflammatory sprays and antihistamines, the next step would be evaluation by an otolaryngologist. Nasal endoscopy can be performed to define the cause of obstruction and a treatment plan can be developed to correct the nasal obstruction.

If chronic inflammation is suspected as a significant factor playing a role in your nasal obstruction, your otolaryngologist may recommend formal allergy testing prior to consideration of surgical therapy to correct any structural abnormalities.

If you have a deviated septum, septoplasty can be to correct the deviation. The procedure is involves removing deviated bone and reshaping the cartilage to reposition the septum in the midline.

If your inferior turbinates are enlarged, they can be reduced in size surgically. There are several procedures that decrease the turbinate size but preserve the function of the turbinate. Submucosal resection and radiofrequency treatment are two methods used to reduce turbinate size.

Nasal valve correction can be performed to relieve obstruction. This procedure focuses on the cartilaginous abnormality but may require septoplasty as well.

If your adenoids are enlarged, they can be surgically removed. Adenoidectomy is a procedure in which the adenoid tissue is removed from the nasopharynx (the upper part of the throat behind the nasal cavity).

If you are suffering from chronic sinusitis with polyps, endoscopic sinus surgery can be performed to remove nasal polyps causing obstruction. In many instances the polyps involve the paranasal sinuses.